This project involves the construction of 23 buildings – some of which up to 8 storeys – covering a gross floor area of approximately 250,000 square metres. The scope of works includes:

Taisei-Zecon Joint Venture (TZJV) entered into contract on 30 July 2002 with UNIMAS to execute works in connection with the engineering, procurement, construction and maintenance of the UNIMAS development project.

Formed in April 2001, TZJV is an unincorporated joint venture between Taisei Corporation – a company incorporated in Japan – and Zecon Engineering Berhad.

This RM750.2 million project is accessible via the Kuching-Serian Highway, the Jalan Muara Tuang distributor road and the Kuching-Kota Samarahan Expressway.

The project comprise the followings:- 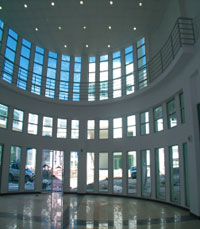