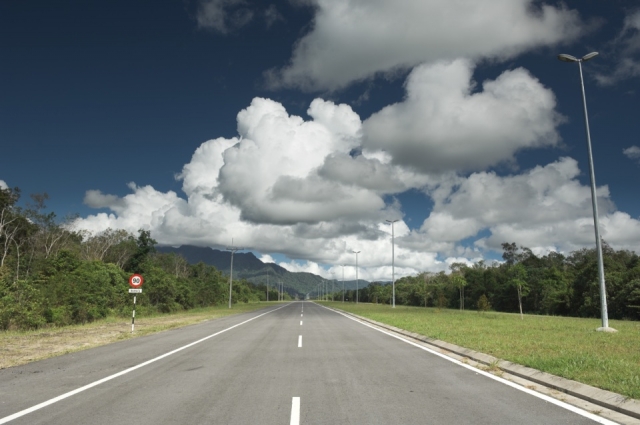 The principal objective of this project is to construct a feeder trunk road that will provide free-flow access to the new Federal Administrative Centre in Matang, Sarawak, 20 kilometres northwest of Kuching.

The proposed Matang Highway commences on the east bank of the Rayu River. It connects the Federal Administrative Centre and Kuching City via a 2-lane, dual-carriageway road.

The highway will also serve as a primary distributor road to the northwest region of Kuching. Therefore, its introduction is expected to enhance agricultural and tourism development in that region.

Construction of this highway commenced in July 2002 and is targeted for completion in December 2008. On 9 November 2007, Zecon received Certificate of Delay and Extension of Time from Jabatan Kerja Raya (JKR) which extends the completion date from 14 December 2007 to 22 December 2008. Upon completion, the road will enable direct Kuching-Lundu access, thereby relieving congestion on the existing Matang Road.

This RM201 million project covers the construction of a 2-lane, dual-carriageway road, a gateway bridge over the Selang Rambungan River and a minor bridge over the Matang Sebubut River.